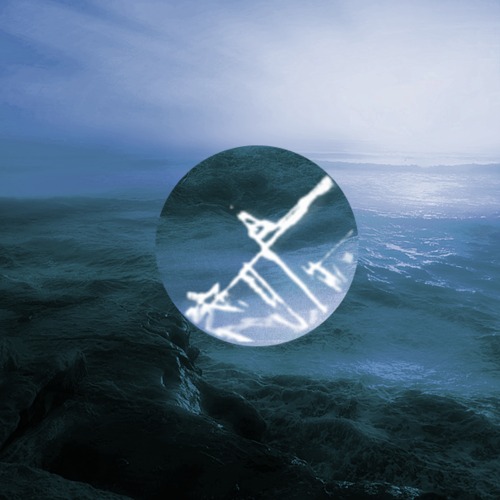 It is often found that being an experimental producer is just a lousy way to justify shortcomings in artistic and scientific endeavors. In the same way that a few splashes of paint can be portrayed to be experimental modern art, poorly composed musical pieces can fall victim to this same problem. Having said this, artists who manage to break out from the muddy waters of experiments and per say, form a star out of the highly volatile and full of possibility gas clouds will tend to make lasting and valuable work. This Beautiful Decay feature on Bell’s Worth is certainly a tail of the second aforementioned scenario. For an artist established in 2013 and with less than two dozens of available work, the tale of his compositions are that of a progressing and ever-evolving sound. The following article aims to explore this progression track by track in order to give a written and detailed account of the experience.

Starting with 空, this is a highly atmospheric and album intro-like frenzy of on and off textures which doesn’t quite satisfy or disappoint.

Moving on to Fovilla, the sound of experiment starts becoming more intrinsic. Snare sounds are substituted for sounds reminiscing of  waves crashing on shores, an incomprehensible bass sound moves in and out of the aural picture like a mother checking on its sleeping offspring in unset intervals and a barrage of fx sounds come into the picture and leave. This song is certainly a step-up from 空 in terms of detail and gripping ability and surely sets the tone for the next offering.

Auspice Textile is different to the previous two tracks in the sense that the balance of experimental soundscape and a followable beat is better undertaken. After the cloudy and violin flipped intro, you’re taken into an unexpected 5/4 territory that’s sufficiently bouncy and atmospheric. The bass design is way more refined. After another melancholically amazing mid section, the listener is slowly dragged into an undefinable territory of sound that tip-toe’s on the furthest borders of eeriness.

Dent Faerië is a 7/8 beauty that gives you all need to groove with a bunch of click sounds and spaced out pads. Intrinsically beautiful design is all that comes to mind when describing this jazzy minimal sound splatter.

The remix of Gaszia‘s ‘You’ is beautifully melodic and atmospheric. Guitar sounds and vocals are mixed with intrinsic sounds like coins dropping etc. This one is somewhere between organic chillstep with world influences and a minimal dnb/break element; perfect material for witnessing a dawn.

The Bell’s Worth collaboration with Diversa brings two of the underground experimental style bearers together in an incredibly eerie and minimally atmospheric fusion. Despite the merge, this one sticks out less than the solo offerings; however this does not mean this is a composition that can be taken lightly. To be a genre nazi, this is something like atmospheric post-IDM.

Fast forwarding now to Tinderglass and after a full Bell’s Worth session, this stuff really does put you into a very odd trance. It’s incredibly difficult to explain this but it could be what sounds like when binary codes take DMT, or what can be synesthesiatically visualized when you project the memories of a DNA strand in reverse (tune definitely gets the imagination going!)

Similar to Tinderglass, Wax Sylph, the collab work with of Nature, is one out of this world. Dubbed as Future Acoustic and also giving traces of the acoustic guitar used throughout, this one is definitely here a few decades early. How the style of beat switches from one electronic sub-genre to another is admirable. ‘mind blown. have no idea what you’re doing here, or how you’re producing these tracks, but you’re VERY GOOD ‘ is a great comment on the track by Inchmeal and it definitely does justice to the nature of this one.

Overall, it can be said that the music of Bell’s Worth is an odd child of a cross between Amon Tobin and a Zen-ed out Venetian Snares, and a cyber clone of Bjork’s beats, all projected through the vocal chords of a subspace jukebox. The quality of the ambiance is so high here that all the odd time-signatures sound comprehensible. Additionally, tpetty much all these tracks are available as a Name Your Price or Free Download and for those of you who love a good mind-bend, this is definitely the stuff right here.

For downloads and more info, find Bell’s Worth on SoundCloud, Tumblr and Bandcamp.

Ethnofusion #002: Artists Against Apartheid - Music for the People of Gaza (Vol.2)

It is often found that being an experimental producer is just a lousy way to justify shortcomings in artistic and scientific endeavors. In the same way that a few splashes of paint can be portrayed to be experimental modern art, poorly composed musical pieces can fall victim to this same ...