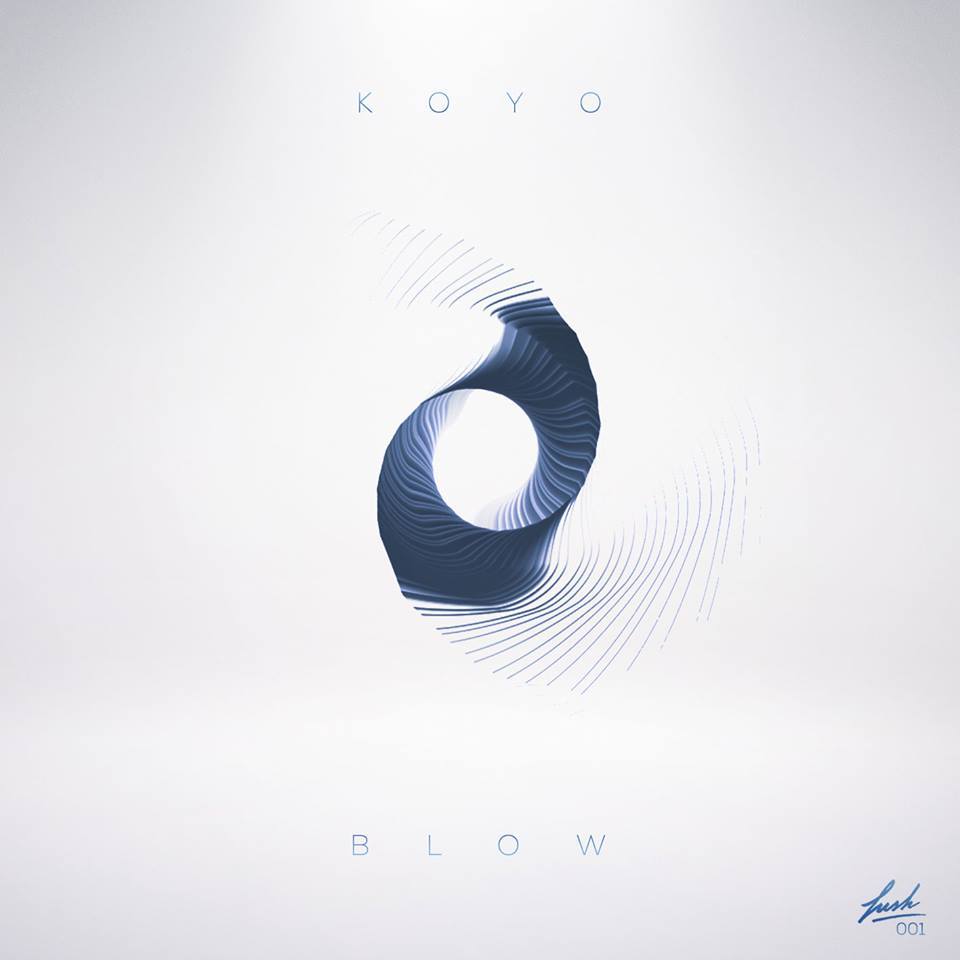 After a short break from reviews, this edition of Beautiful Decay will be somewhat nostalgic and forward-thinking at the same time. A year and half ago, I found out about Koyo’s music from SoundCloud and I loved the story-telling narrative of his track ‘The Journey’ with its utilization of storm and rain sounds. That song was featured on our Ethereality compilation, leading to collaborations with Koyo in the form of Equinox and Geotropism. Synchronicically, few months after, it came to my attention that Koyo had been a member of Outtallectual Artists forum for a long period through some friends; a fact which we both found particularly strange as neither had noticed the connection and for a group with 500 members, it’s rare to have a New Caledonian and Irani-British found on the same place of the web.

Fast forward to this month, Koyo has released his debut LP and it’s one for the headphones, closed eyes, dancing feet, conceptualizations and fire-fingers on the keyboard. You certainly do not need to read any of this, but if you enjoy mind-bending descriptions of sound as portrayed from the mind of a trippy mid-20s male, then carry on my wayward brothers and sisters. – Baxtak

Through the opener, Clouds, the album starts with the blurry overtone of a submarine’s first catches of sun rays and its return to the surface to tell stories of the deep blue. Somewhere between the hum of a whale and the dance of a dolphin, glittering schools of fish roam the space for plankton glory in these aquatic clouds.

The title-track Blow is a strong show of Koyo’s pre-established just-above-water islandic feels. Composition is minimal yet with maximum use of subtle grooves. This track is beautifully bouncy and it certainly reminds of the blowing wind of a summer beach; this perhaps being the concept behind this track and album.

Koyo’s music generally lies in a perfect balance of future beats, dub and subtle psychedelia. Third track Out of Time is certainly one that sways more towards the wavey and sluggish mellowed-out psychedelia realm mentioned. This being said, it still manages to make you feel welcomed and willing to rave with a comrade of Jigglypuff’s stature.

My Girl is next up and as the title suggests, it is an unsung anthem for anyone who has embarrassingly (or not for that matter) related to the word bae. The double-tempo switch-up towards the end of the track is one to take you by surprise and make you pull bass-faces in front of your girl, the likes of which are globally feared due to the catastrophic divorces they cause.

Rising Sun is a perfect balance of the human emotion and island atmosphere felt in this album. With sitars, a tsunami 808 bass, guitar samples, multi-instrument chops and spaced out lowered vocals, this track is certainly one of the album’s standouts in terms of composition and variety in sound. I could certainly go as far as calling Rising Sun one of the top 3 Future Bass tracks of the year.

Following the beautifully-crafted Bjork / Orchestra-esque interlude that is Dissonance, Shooting Star is an uber-funky beach / island future house track that could blow the shake out of the rustiest hips. With this track, Koyo definitely takes house music and sprays rainbow coloured dance particles on all of the aforementioned dwelling’s walls and ceilings. This isn’t even house music anymore… perhaps Rainbow Runways museums and Marshmallow-made bouncy castles are better structures to explain these sounds.

Similar to My Girl, Blow and some other tracks, Muses has a strong R&B influence which is translated into another form of gangster sound. This is what happens when you leave your clap samples for live crab musicians on the island.

ALERT: The ghetto in this track is extremely roots and organic. If you are a Mermaid passing by, be careful as it may cause loss of scale, growth of booty and uncontrolled sub-aquatic slow-mo twerking.

9th track, After the Rain is no stranger to Outtallectuals as it was exclusively featured on our Geotropism compilation in the previous season as a lead up to this album. All that we have had to say about this track, it’s been said. You also probably know the drill by this point… at this level, if it’s called After the Rain, it’s probably exactly going to sound like that! Listen to believe.

Moving through the rest of this beautiful LP, Without You is another R&B and acapela-inspired track which hits home with heavy unpredictable bass, glossed out synths and synaesthesia-inducing soul. True is an upbeat hip-hop inspired yet Koyo-sounding ball of bounce appropriate for cloud-surfing, beating jelly piñatas with toy dinosaurs or even swimming in bubble-tea.

The 8-piece album closer, Life, definitely deserves its own paragraph. With sounds evolving from what sounds like a baby breathing with background noise and heart-monitors being present, the song slowly turns into a noise-less and fine-crafted melodic evolution. Halfway in, with the introduction of the rain and heavier bass, a turn of event is perfectly portrayed up to the symbolic near-death experience which bursts triple amounts of energy into the track’s life. The track nearly fades away into the abyss for a second time, perhaps symbolizing decreasing distance to life’s final line, but allowing for another run. There is a feeling of acceptance by the way the song is taken into a medley of sound by other living-beings, furthermore implying a cycle of never-ending life.

This review or better to say, scripted visions of aural imagination brewed from music could go on and on. The sound of the album is extremely refreshing without trying too hard to be innovative, unique, psychedelic, happy or sad. It is as real and wise future bass music gets without losing its inner-child’s playfulness.

With around 100k plays in two weeks, Koyo is rightfully claiming the attention he deserves with this album and has nothing but the best waiting for him.

After a short break from reviews, this edition of Beautiful Decay will be somewhat nostalgic and forward-thinking at the same time. A year and half ago, I found out about Koyo’s music from SoundCloud and I loved the story-telling narrative of his track ‘The Journey’ with its utilization of storm ...