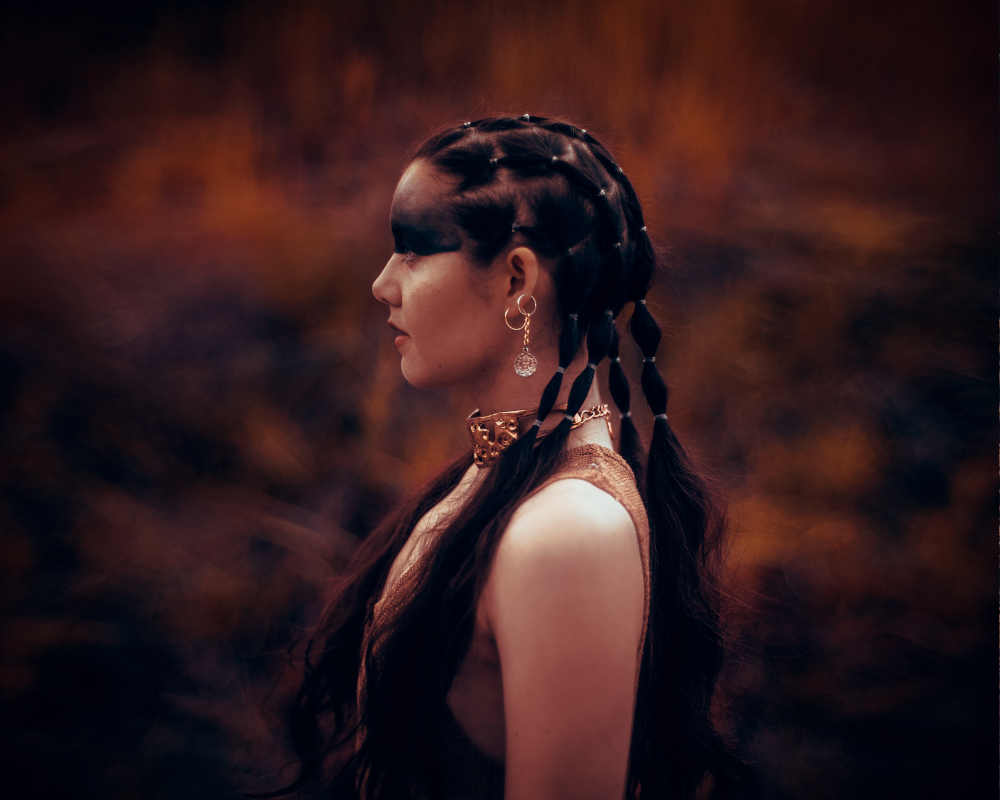 Jayli Wolf Avenges Her Ancestral Culture with “Child Of The Government”

In a scathing takedown of what can only be described as ethnic-cleansing, Jayli Wolf releases her debut single, ‘Child of the Government’ and proudly bursts into the music scene with confidence in her heritage.

Jayli Wolf is a multi-disciplinary (musician/actor/director/activist) artist whose work pivots on reclaiming her Anishinaabe/Cree identity. After being raised in a Jehovah’s Witness Doomsday Cult as by-product of a controversial indigenous assimilation programme by the Canadian government, Jayli Wolf took her fate in her own hands and set path on a journey for self-actualisation. “It’s quite the price to pay for freedom”, being apostatised, excommunicated, and forced to break ties with everyone she grew up with. Jayli Wolf finally reunited with her ancestral family as an adult; a family including members of the Saulteau First Nations Community & Treaty 8 Territory in Northern British Columbia. Going through an “incredibly cathartic, healing, and raw” process to document this process in artistic form, her music attempts to reconcile generations of family trauma and give strength and a “new perspective” to indigenous youths and beyond.

To narrate this story, the song takes us back to a personal and harrowing family story from the 1960s. During this era, the Canadian government & the Catholic Church took part in a wild, yet predictably brutal colonial experiment of removing Aboriginal children from their birth Native families and rehoming them into non-Aboriginal environments across the world. This traumatic historical event, which Allyson Stevenson referred to as the “Colonization of Indigenous Kinship”, is one that affected Jayli Wolf’s family, as her father was taken away from his mother at birth, essentially severing their connection with their blood family.

Histories of colonial trauma, such as the Sixties Scoop, presumably followed a similar pattern and fate for indigenous communities across the planet (i.e., the “Stolen Generation” of the Australian Aborigines). Nevertheless, it is the nuanced artistic tales of their occurrence that capture the personalised and emotional by-lines of this legacy. In this sense, while academia analyses the aftermath of these social catastrophise in a more objective and rigorous manner, it is the work of artists like Jayli Wolf that are necessary for creating empathy with the wider lay audience who may be entirely oblivious or unfamiliar with these events. 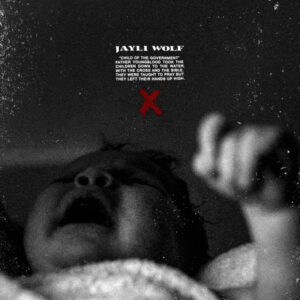 ‘Child of The Government’ excels at this. Utilising a standardised and professional pop arrangement, the song’s composition and aesthetic are easily digestible by any listener of popular music in 2021. In terms of the instrumental, subtle elements of indigenous drumming patterns and timely uses of chants accentuate a rich trap beat, while tasteful autotune harmonies give an almost multi-generational weight to the vocals. The music sucks the listener in with this sense of auditory familiarity, before immediately hitting with hard-hitting and blunt lyrics (see below) about the reality of the Scoop in the Wolf family.

Amongst the words, subtle references such as “Smile for the priest now, God save the banknote” highlight macro-economic factors, such as potential financial motivations behind the Sixties Scoop. However, the song’s founding tenets are about Jayli and her father’s escape from their conditioning, and being fortunate enough to trace their path back to their family. This is a “luxury” not afforded by many of the 20,000 people taken away in the Sixties Scoop, as their ties were entirely lost. Thus, Jayli Wolf celebrates her success in recapturing her essence and identity through this musical excursion, and transforms her family’s struggle into pride.

Last but not least, the song comes packaged with a truly compelling self-directed music video that is equally equipped to convey the narrative without any sound. The visuals and lyrics are perfectly synchronised in context; literal elements such as the act of signing and taking a kid away, physical abuse and alcoholism create an almost documentary-style focus; meanwhile, the scene of Jayli Wolf’s swaying dance under the [family] tree as the blood[line] [of her father] pours onto her, creates an almost shamanic ritual in stark opposition with the evil Catholic themes of video’s antagonists.

There is potentially enough story behind this concept to last a career, nevertheless, this song is a perfect inception of the Jayli Wolf story, and a pilot gateway to future chapters. The song is perfect for anyone who likes their music with a dark, serious and decolonial flavour. More so, Jayli Wolf “hopes her project will be able to shed light on and raise awareness of these subject matters”.

Listen to ‘Child Of The Government’: https://ffm.to/childofthegovernment

“Oh hey uh, just uh, I was just gonna, tell you that, uh, well I guess I got no one to talk to really”

Mixed up the bloodline, lost to his people
Broken and cursed, wrapped him in evil
Smile for the priest now, God save the banknote
This is a song about a child of the government

Cuts and bruises
Drugs, an alcoholic
I just saw my father
And he fell down

Now he’s empty calling
Hands in ring, he’s all in
Toothless fighter makes me cry
Yeah he’s a child of the government

“There’s a lot of things that the government blacked out, but, you know no matter what happened, I’m really grateful for you in my life, cuz it’s been difficult, um and I guess I passed a lot of that on to you, and uh you know we’re doing the best we can and life’s awesome”

Find the Song on Our New Avant-Pop Playlist:

In a scathing takedown of what can only be described as ethnic-cleansing, Jayli Wolf releases her debut single, ‘Child of the Government’ and proudly bursts into the music scene with confidence in her heritage. Jayli Wolf is a multi-disciplinary (musician/actor/director/activist) artist whose work pivots on reclaiming her Anishinaabe/Cree identity. After ...