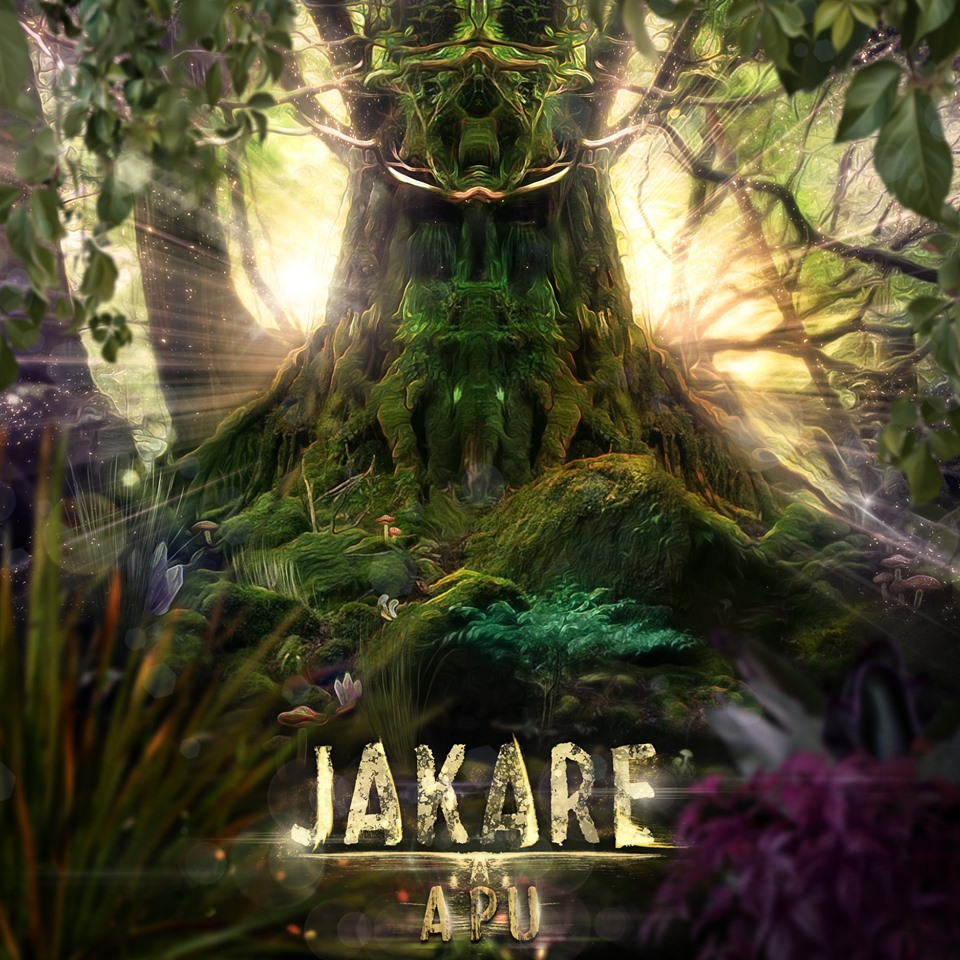 We return to you with the Outtallectuals blog after a 10-month hiatus since we discontinued our Ethnofusion platform and merged it with Samaya‘s Shivelight channel instead. The task of reviewing dozens of songs for a very limited number of readers had become daunting and it only made sense to us to keep the written blogging for the special occasions such as this. Having featured a continuous listen of Jakare’s new Apu EP on Shivelight today, we invite you to press play, and continue reading for a more intimate understanding of the project.

Embarking on their second collaborative endeavour, the Italian beatmakers and multi-instrumentalists, Halfred and Lo.Renzo further solidify their close working relationship with their first EP as Jakare. Released on the acclaimed Desert Trax imprint, Jakare’s ‘Apu’ EP is the culmination of all that’s dear about both artists’ creative vision, blending intricate technical design with melodic tenderness and biophilic atmospherics. The artists’ choice to pursue these new avenues of shamanic downtempo music reflects their willingness to start afresh under a new alias and pursue experimentation without the pre-conceived associations with their solo projects.

In the course of four songs, the duo paint a truly vivid picture of ancient life in nature and taking inspiration from different modern cultures; from the slight nod to the bluesy Latin American marshes of ‘Cleansing’, Andean flavours on ‘Glass Temple’, the instrumental grooves of ‘GloBall’ and aquatic night time swims in ‘Moon Howl’, the EP stays consistent in its overall aesthetic and harmoniousness throughout. The duo utilise a wide range of instruments to bring the organic sound, while relying on their masterful sound design techniques to develop cinematic field-recording-based atmospherics.

Considering we’ve heavily represented both artists individually on Outtallectuals, it seems prudent to get some insights about their thinking on how this EP came about:

Lorenzo: For this EP, we recorded charango, classic guitar, electric guitar, pan flute, shakers and several percussions, among many field recordings used both as soundscapes and base for sound design.

Lorenzo: The Jakare project was born from a session we had last year; the initial plan was to have another collaboration like we did with “F.I.A.R.” and “Magnetic Pisak”, but we immediately found out there was much more to express and both of us felt a deep resonance with South American music. After making the first two tracks of our project (“Doorways” and “Koala”), we realized something magical was happening and we needed to create a proper project for our new journey.

Halfred: I think that choosing a new alias was a risky decision because in a way that meant starting from zero, but at the same time we felt it was an obliged move because we wanted to have the freedom to explore new musical horizons and new aesthetics without being linked to our solo projects and our past creations.

Lorenzo: We’re going to debut at Own Spirit festival in Spain this summer and play a live set with live instruments but we’re getting ready also for DJ sets to be played soon.

Halfred: We just got a date in July at Own Spirit festival in Spain, but we’re planning to tour more extensively with this project and the idea for the sets would be to mix a DJ approach with live instruments.

Lorenzo: Our aim was to lead the listener trough a journey of inner listening opening ourselves to the pure essence of emotions, in every possible shade.

Halfred: I think that Lorenzo and I are much better at creating vibes than exploring the concepts behind our choices, which are many times a result of the flow in which we find when create together. Having said that, I think we had a sound in our mind that was somehow linked to South American shamanism and folklore music (from my study as an anthropologist), but at the same time, we didn’t want to force the creations into some pre conceived boxes. I think every track reflects in a way also what we were living emotionally during the creation of the tunes and many times I seriously had some tears while making and listening to it because I could really feel deeply the strong intention that we’re putting towards this new project and the healing power of music made from the heart.

Halfred: We got some other tracks which just need to be finalized and probably you’ll be able to listen to them soon on another EP.

Jakare will also debut their live show at Spain’s Own Spirit festival this summer. Get ready to grow leaves out your ears!

We return to you with the Outtallectuals blog after a 10-month hiatus since we discontinued our Ethnofusion platform and merged it with Samaya‘s Shivelight channel instead. The task of reviewing dozens of songs for a very limited number of readers had become daunting and it only made sense to us to keep ...