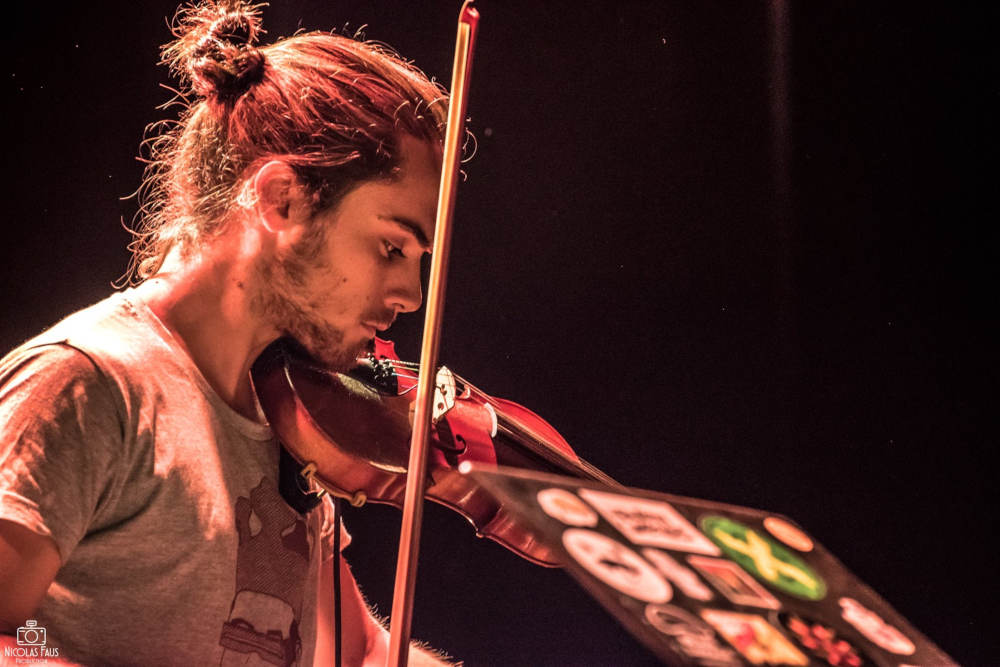 In conversation with Sumac Dub

The French dub scene has been thriving these past years, ever evolving with different collectives popping up all around the country. Names such as Panda Dub, High Tone and Kanka have been paving the way for an electronic perspective on the traditional musical genre. These founders have been bringing in new talent to the scene, one example being Sumac Dub. Outtallectuals shared words with this heir of electro-dub about the pandemic, the impact of touring on the environment, as well as with his next projects.

The sumach tree can be found on lands from South America to Europe, very much like Sumac Dub himself who owes his crest of honour to the shrub. The tree whose shoots create an ‘underground root system’ very much radiates the essence of the French electronic dub scene.

Sumac Dub’s music intertwines reality and imagination, creating soft instrumentals with oriental twists and spiraling drums. This musician has become the shaman of French dub, bringing to his listeners enchanting mystical beats. From the age of 6, he was already learning the violin, an instrument which would come and play a crucial part in his journey in music production. It was in 2015, while passing his horticulture qualification that he produced his first album; an era where the artist found himself torn between spending time with his fingers either tending to the soil or tapping against a guitar. This fusion of nature and music would mould his first album: Le Jardin de Lucy. Drawing inspiration from DJs such as Panda Dub and Ondubground, and from reggae roots to gypsy-swing. Mother nature’s imprint in Sumac’s first album is something that continues all throughout his discology. His music oozes a real ‘zest-for-life’ while the artist travels to geographical and fictitious destinations. From ‘Old Man Willow’ (2018), an album inspired by Tolkien’s adventures, to his most recent album Norska which was again influenced by another fantastical reading by Alain Damasio. This artist merges many inspirations in mystical form: from Old Man Willow as a direct reference to the tree in The Lord of the Rings to the use of imagery with the Sumach tree itself, Sumac Dub is a musician that spreads wide with his ‘branches’, reaching out to the public around the globe.

From floor shakers to lounge music

With 2020 affected by the pandemic, the artist who had planned to spend the year promoting his new album and touring, was forced to return to the studio. We asked Sumac Dub how he visualized the future after a tricky year for the music industry.

Sumac stated it is impossible to ignore the social side of music: “There will always be a need for musicians to experience the public’s reaction to a set, and this is the same for theatre performers or artists”. While we are humanly wired to dance and socialize, this current feeling of music deprivation will only give more time for producers to create, in time for the public’s eruption when clubs and live music events are allowed again. He took this opportunity to discuss the possibility of this era shifting the producers’ perception of electronic dub, taking away the obsession of making floors shake while composing music. “It could maybe result in more experimental music releases”, the artist suggested, “maybe this could be the opportunity to revamp the term “lounge music” and give it a new spin’.

Sumac himself has been using this time to work on several projects and collaborations, currently finishing an abstract trip-hop album of instrumentals. A compilation of sounds with a Sumac overtone “in its resonance and production but influenced with hip hop”. Another EP with French dub-musician Art-X is also in the making: “The direction the music is taking is interesting, it is looking to be an innovative gritty dub EP”.

A musician thinking about a brighter future

Although the artist has been inside the studio plotting his next musical endeavours, he has also been busy thinking of new ways to work towards a cleaner way of bringing live music to the public. His latest project ‘The Echo Tour’ has been postponed to due to Covid-19. This idea is to do a tour by bike swapping to a greener mode of travel, trying to promote a clean and convivial medium of touring. The idea came to him while travelling through France by bike with his girlfriend, “I then talked about this project to Art-X and The MauCals, my music collaborators and friends who were on board with the project”.

Sumac Dub has become an advocate for demonstrating that there are questions that need to be raised for the future of touring in consideration to the environment. This discussion turns to the case of international tours and dates, where he feels there is a lot of progress to do in regard to artists taking flights for roundtrips and solo dates. It is a cause he is prepared to fight for, even if it impacts his own touring and hopes his choice will “provoke a strong message”.

While this year has been full of hardships for the music industry, one can only say the future seems bright and green for Sumac Dub, and this is not only due to his tropical sounds. We are excited to listen to more of what Sumac Dub has to offer. In the meantime, the DJ has created a playlist of his favourite songs, influences and heartthrobs. A little understanding of his usual infusion of electronic drums merged with his organic violin riffs creating a perfect harmony between tradition and technology.

To top off the conversation, we asked Sumac Dub for a playlist of his most influential artists, and you can find those, as well as a selection of our favourite Sumac Dub tunes on the following Spotify playlist:

﻿﻿﻿ Written by Molly Sisson | Edited by Baxtak The French dub scene has been thriving these past years, ever evolving with different collectives popping up all around the country. Names such as Panda Dub, High Tone and Kanka have been paving the way for an electronic perspective on the ...