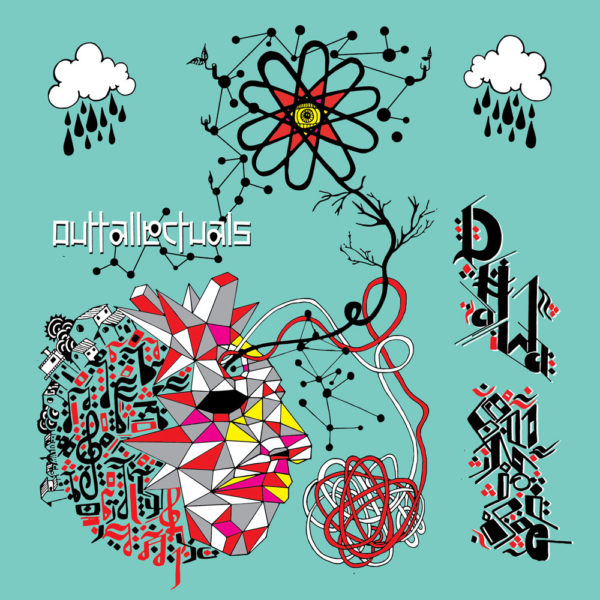 ‘Dhawa Sunrise’ is a fundraiser compilation based around the themes of future-thinking and/or ethnic inspired texture-heavy music. The album includes 13 artists from 10 countries including Steppeulven Awards nominee, Bwoy De Bhajan, with artwork provided by Nepali pioneer graffiti artist SadhuX.

Each of the 12 songs on the album have a unique modern approach to electronic music; from the organic hybrid sounds of Merkaba Music and Shanti Planti artists, TRIBONE and Halfred, to the mind-bending compositions of HullabaloO and Mettakin, and the soothing future melodies of SORA, Anchor Hill, Kermode and Sleepwreck.

Originally the album was organized as a fundraiser to build a science lab at Shree Prabhat Higher Secondary School in Dhawa, Gorkha in rural Nepal. However the day after release, the recent 7.9 magnitude earthquake shook Nepal, destroying most of the village which was 12 kilometres from the epicentre, including the school. Our objective for the album has now transcended into rebuilding the village – as in line with the Outtallectuals ethos of being a conscious collective which operates beyond just music releases.

On 24.04.15, Outtallectuals released a music compilation to aid the construction of a science lab for 400 students in Dhawa,a rural village in gorkha district of Nepal.

As a result, there was no school for the science lab to exist in, and we had to change our strategy of how our fundraiser will take place. The option we had available at the time where to either use the funds for emergency supplies, rebuilding individual homes or public buildings such as the school, and we went the last option as Learning Planet, an affiliated charity of ours which does work in Dhawa, had started with the emergency supplies and the logistics of choosing individual houses to rebuild were not feasible. After carefully consulting the organizations active in the district, we decided that by building temporary learning centres, we were immediately helping a large group of students to have a place to resume class. And so it happened. While not exactly luxurious, the temporary learning centres served their purpose, lasting for over 3 seasons until the exposed bamboos and temporary nature of these shelters meant that they needed to be replaced with something more robust in time for the next monsoon season.

With the joint decision of the school’s teacher committee and Learning Planet, it was decided that in order for a new structure to be built that can withstand future earthquakes, the rebuilding of the destroyed school will be a long-term plan, and it is now an on-going project that will take at least two years to materialize.

In the meantime, it was decided that the best action to take is to utilize a semi-permanent design to replace the temporary learning centres with 8 classrooms that can last up to 10 years. Bearing in mind that due to families returning to their home village, the school’s population raised to over 600 students, these newly built light structures will be able to meet a significant portion of the school’s demands, while leaving room for future classrooms to be built in place of the old building.

As a result of these developments, we used the second phase of our album sales to finance the construction of the new 8-classroom building, adding up to enough funds for buying and applying the concrete floor in all rooms.

If you are interested to continue helping the people of Dhawa, you can donate by supporting the Dhawa Sunrise project and we will continue to work with the school in Dhawa to aid the reconstruction of their school and ultimately, build a science lab and maintain it for years to come.

‘Dhawa Sunrise’ is a fundraiser compilation based around the themes of future-thinking and/or ethnic inspired texture-heavy music. The album includes 13 artists from 10 countries including Steppeulven Awards nominee, Bwoy De Bhajan, with artwork provided by Nepali pioneer graffiti artist SadhuX. Each of the 12 songs on the album have ...