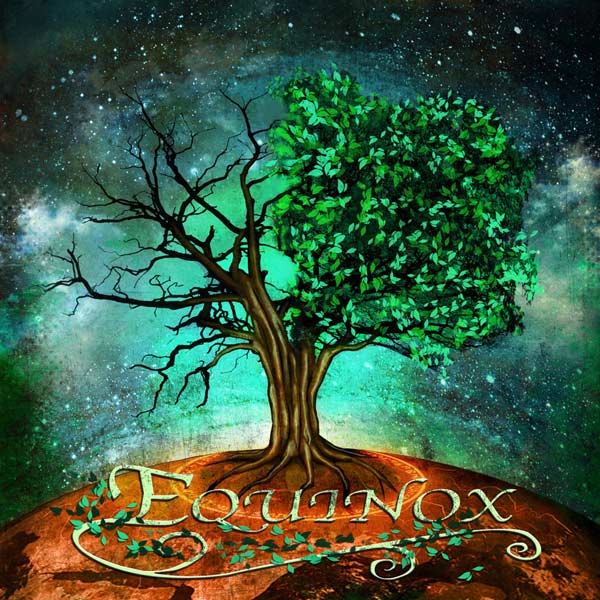 This Spring Equinox, we stepped up our compilation theme ideas by trying to incorporate this change into the music. 7 musicians and 1 visual artist from 4 continents joined the Equinox project and produced work representing what they associated with this passing of seasons, and the result? Well the result made a lot of sense! Here it goes:

The story starts at the beginning of Winter. ‘Dear Autumn’ is the creation of Dallas-based sample-wizard post-wave producer Mitrxxx and as he put it, the track is a ‘display of the cold and despair that comes with winter and how we don’t really appreciate Autumn until she’s gone’. The second track ‘Vicissitude’ comes from Baxtak. Referring to he meaning of the song title being a sudden change in circumstance, this song represents the unpredictable elements of winter; how one minute all can be sunny and one minute there could be a hailstorm.

The final lightning start of the winter makes room of an epic build to the moment of Equinox.; to the moment when day and night are finally equal and the solar positioning resets the cycle. This cinematic interlude to the Equinox is a chilling deep ambient track by Scandinavian producer and composer Nyanara. Leading into the the equinox moment, the track ‘Revolution’ is a collaboration between UK-based multi-genre producer Mettakin and Nepali reggae/dub producer Cultivation Muzik. This track is a lyrical onslaught of truth and its as anthemic as youth mobilizing reggae dub love anthems go.

The morning after the revolution. The calm after the storm. The first dawn of spring. The moment of renewal. Canada-based Kurt Funk came out with this liquid drum and bass track which evolves from a frosty dawn, with the sun peaking out the horizon, into a spiraling barrage of living and breathing sounds. Finally, as the warmth of spring approaches, Koyo, our representative from the island of New Caledonia in the Pacific Ocean, this song is based around that post-winter remembrance feeling that hands can be warm without support.

Last but not least, Ian Jones provided this beautiful artwork for the album, clearly portraying what Outtallectuals represent, and what the theme of this album requires.

All track credits are enlisted within the individual tracks.
Album curated by Outtallectuals.
Previous

This Spring Equinox, we stepped up our compilation theme ideas by trying to incorporate this change into the music. 7 musicians and 1 visual artist from 4 continents joined the Equinox project and produced work representing what they associated with this passing of seasons, and the result? Well the result ...